Laurie Wetterschneider grew up in New York City in the 60’s and early 70’s.  One of her favorite past times was window shopping along Madison Avenue where she lived, gazing at the gorgeous jewelry in the stores.  During her high school years, she had an after-school job working in one of the Madison Avenue boutiques, her entree into the world of fashion and fashion accessorizing.

In the early 70’s, Laurie moved to Tucson, Arizona to attend college, graduating from the University of Arizona with a Bachelor of Fine Arts. There followed an almost 20 year career owning and running radio stations and spear-heading fund-raising campaigns for a host of charitable causes.

When she first moved to Arizona, Laurie was fascinated by the silver and turquoise and coral jewelry being produced by the different Native American communities, and became a collector. She was also thrilled to discover that she was living in this country’s gemstone capital and reveled in learning as much as she could about stones and precious metals.

Now some 40 plus years later, Laurie has parlayed her love of jewelry into an art form where she can design and make stunning pieces that are also wearable and affordable.

Lisa Peterson always loved beautiful jewelry but she didn’t always have a lot of time to spend accessorizing herself. During the long days, late nights and frequent week-ends of work as a corporate attorney in New York City from 1986-1994, Lisa Peterson did what was easy: she wore pearls a lot. Then after she became a mother, she found it easier to wear as little jewelry as possible. Earrings became an attractive nuisance–something for tiny fists to yank on–and bracelets and necklaces were mostly magnets for her new baby to use as teething utensils.

After Lisa’s second son was born, looking for more flexibility, she made the switch to a not-for-profit organization, becoming in-house counsel to a private adoption agency. During this phase of her career, she became a bit more adventuresome in her taste in jewelry and began to long to indulge her playful, artistic side. She also hoped for more time with her family than even her not-for-profit job was permitting.

In 2001, she had a sudden realization: she was going to get only one shot at enjoying the magical, growing years of her two young boys. She had to figure out a way to be a full-time mother and fulfill herself creatively at the same time. The answer was a while in coming but when it did, it seemed so obvious: turn a fun hobby into a business.  Both sons are in graduate school. 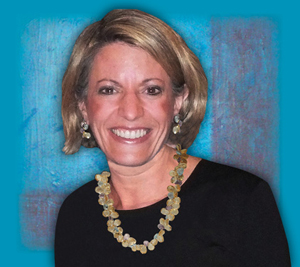