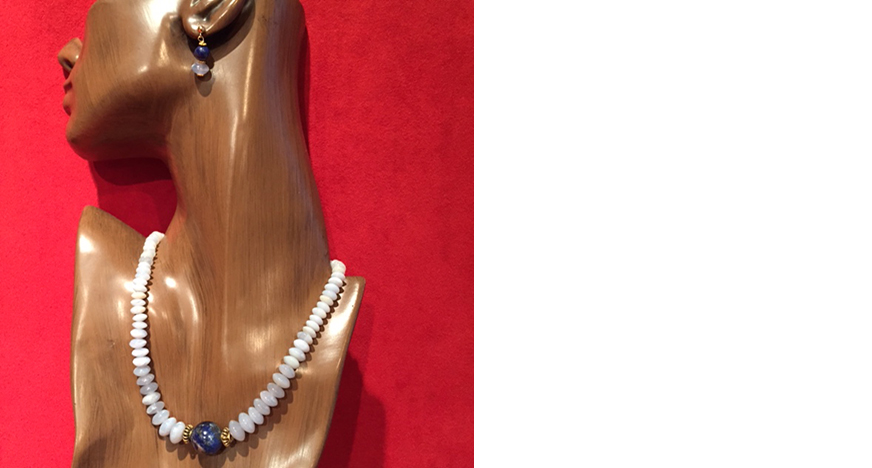 On Saturday, April 11, 2015, the Gatsby Gala will take place at the Westin La Paloma Resort & Spa.

2015 Gala Chair Bonnie Allinder is expecting to welcome more than 700 guests. The evening will include silent and live auctions, an exquisite dinner, entertainment, and dancing. Proceeds from the evening will help the American Cancer Society finish the fight against cancer.

Laurie and Lisa Designs is donating a Blue Chalcedony & Lapis Necklace and Earrings to their Auction, valued at $700.